Nineteen hundred and forty-nine was a good year for a beginning. With petroleum production on the rise following the Leduc and Redwater oil discoveries, Canada became the land of opportunity. Along with productivity came the demand for increased skill, knowledge and experience in the field of exploration geophysics. It was out of this climate that the Canadian Society of Exploration Geophysicists (CSEG) was born.

It all began April 30, 1949 when eleven geophysicists met for an “informal” lunch in Calgary. They gathered to hear Dr. L.L. Nettleton, then president of the Society of Exploration Geophysicists (SEG), outline the advantages of organising a local section. The Calgary-based geophysicists, convinced, set about organising an inaugural meeting.

Mr. Wayne A. Phares, then with United Geophysical, scheduled the meeting for June 2 at the Palliser Hotel; sixty-four people attended. Before the meeting was over an executive was chosen: John O. Galloway, president; C.M. Moore, vicepresident; L.J. (Lindy) Richards, secretary/treasurer.

The Society’s first executive boasted some of the top people in their fields. Galloway had come to Canada in 1938 to open an office for Standard Oil Co. of California. He advanced through various stages of management until promoted to executive vice president in 1944. Five years later he resigned to  form his own petroleum consulting firm. Moore was Canadian manager for Geophysical Service Incorporated in Dallas, Texas when elected. Richards, chief geophysicist for Hudson’s Bay Oil and Gas Co. when elected to the Society, went on to become company president and later Chairman of the Board of Quintana Exploration Canada Ltd. The American also earned a reputation as a top golfer after getting a hole-in-one on the seventeenth hole during the Society’s tournament. 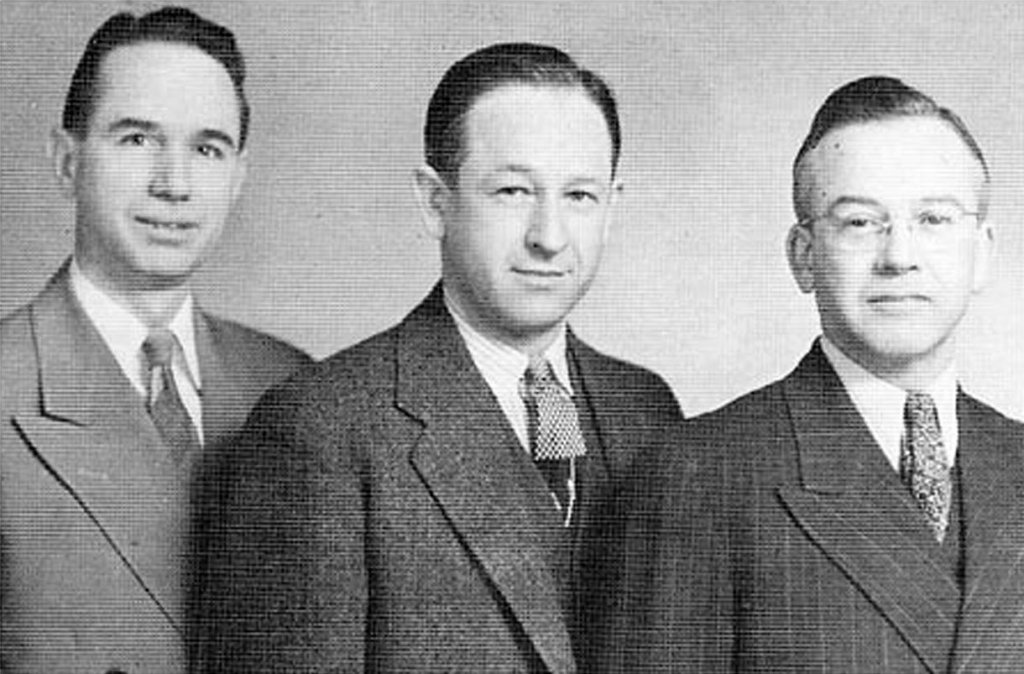 With an executive committee and more than fifty enthusiastic supporters, the new society was created. However, there was paperwork to be done. On Oct. 6 the Society wrote the Registrar of Companies in Edmonton, asking if the name Western Canada Geophysical Society was available. Back came the reply: “Because the name… is too similar to the name Western Geophysical Company… the name is not considered available for the incorporation of a group of persons under The Societies Act.” The following month, the name Canadian Society of Exploration Geophysicists was reserved and on December 22, 1949, a Certificate of Incorporation was issued and the CSEG was born.